From the Q&A period of a speech by Noam Chomsky at Washington State University on April 22, 2005

Questioner:
“IP” or Intellectual Properties. Do you feel that they are an integral component to personal freedoms or a detriment? And what place does Intellectual Property have in public and academic settings?
Chomsky:
That’s a very interesting question. It has an interesting history. The World Trade Organization, the Uruguay round that set up the World Trade Organization imposed, it’s called a “free trade agreement”.  It’s in fact a highly protectionist agreement.  The US is strongly opposed to free trade, just as business leaders are, just as they’re opposed to a market economy. A crucial part of the Uruguay round, WTO, NAFTA, and the rest of them, is very strong (what are called) intellectual property rights. What it actually means is rights that guarantee monopoly pricing power to private tyrannies.

So take, say, a drug corporation. Most of the serious research and development, the hard part of it, is funded by the public. In fact most of the economy comes out of public expenditures through the state system, which is the source of most innovation and development.  I mean computers, the Internet.  Just go through the range, it’s all coming out of the state system primarily.  There is research and development in the corporate system, some, but it’s mostly at the marketing end.  And the same is true of drugs.

Once the corporations gain the benefit of the public paying the costs and taking the risks, they want to monopolize the profit.  And the intellectual property rights, they’re not for small inventors. In fact the people doing the work in the corporations, they don’t get anything out of it, like a dollar if they invent something.  It’s the corporate tyrannies that are making the profits, and they want to guarantee them.

The World Trade Organization proposed new, enhanced intellectual property rights, patent rights, which means monopoly pricing rights, far beyond anything that existed in the past.  In fact they are not only designed to maximize monopoly pricing, and profit, but also to prevent development.


That’s rather crucial. WTO rules introduced product patents. It used to be you could patent a process, but not the product, which means if some smart guy could figure out a better way of doing it, he could do it. They wanted to block that. It’s important to block development and progress, in order to ensure monopoly rights. So they now have product patents.

Well if you take a look at, say, US history. Suppose the colonies after independence had been forced to accept that regime. Do you know what we’d be doing now? Well first of all there’d be very few of us here. But those of us who would be here would be pursuing our comparative advantage and exporting fish and fur.  That’s what economists tell you is right.  Pursue your comparative advantage. That was our comparative advantage. We certainly wouldn’t have had a textile industry. British textiles were way cheaper and better.  Actually British textiles were cheaper and better because Britain had crushed Irish and Indian superior textile manufacturers and stolen their techniques. So they were now the preeminent textile manufacturer, by force of course.

The US would never have had a textile industry. It grew up around Massachusetts, but the only way it could develop was extremely high tariffs which protected unviable US industries.  So the textile industry developed, and that has a spin off into other industries. And, so it continues.

The US would never have had a steel industry. Again same reason. British steel was way superior.  One of the reasons is because they were stealing Indian techniques. British engineers were going to India to learn about steel-making well into the 19th century.  Britain ran the country by force, so they could take what they knew. And they develop a steel industry. And the US imposed extremely high tariffs, also massive government involvement, through the military system as usual. And the US developed a steel industry. And so it continues.  Right up to the present.

Furthermore that’s true of every single developed society. That’s one of the best known truths of economic history. The only countries that developed are the ones that pursued these techniques. The ones that weren’t able… There were countries that were forced to adopt “free trade” and “liberalization”: the colonies, and they got destroyed. And the divide between the first and the third world is really since the 18th century. It wasn’t very much in the 18th century, and it’s very sharply along these lines.

Well, that’s what the intellectual property rights are for. In fact there’s a name for it in economic history. Friedrich List, famous German political economist in the 19th century, who was actually borrowing from Andrew Hamilton, called it “kicking away the ladder”. First you use state power and violence to develop, then you kick away those procedures so that other people can’t do it.

Intellectual property rights has very little to do with individual initiative. I mean, Einstein didn’t have any intellectual property rights on relativity theory. Science and innovation are carried out by people that are interested in it. That’s the way science works. There’s an effort in very recent years to commercialize it, like they commercialize everything else. So you don’t do it because it’s exciting and challenging, and you want to find out something new, and you want the world to benefit from it.

You do it because maybe you can make some money out of it. I mean that’s a… you can make your own judgment about the moral value. I think it’s extremely cheapening, but, also destructive of initiative and development.

And the profits don’t go back to individual inventors. It’s a very well studied topic. Take one that’s really well studied, MIT’s involved: computer controlled machine tools, a very fundamental component of the economy. Well, there’s a very good study of this by David Nobel, a leading political economist. What he pointed out and discovered is the techniques were invented by some small guy, you know working in his garage somewhere in, I think, Michigan.  Actually when the MIT mechanical engineering department learned about it, they picked them up and they developed them and extended them and so on. And then the corporations came in and picked them up from them, and finally it became a core part of US industry. Well, what happened to the guy who invented it?  He’s still probably working in his garage in Michigan, or wherever it is. And that’s very typical.

I just don’t think it has much to do with innovation or independence. It has to do with protecting major concentrations of power, which mostly got their power as a public gift, and making sure that they can maintain and expand their power. And these are highly protectionist devices and I don’t think… You really have to ram them down people’s throats.  They don’t make any economic sense or any other sense.

Questioner:
…So what role though do you think they should play in academic and public institutions?
Chomsky:
Well I don’t think they should play any role. (Applause) But, since 1981 there was an amendment which gave universities the right to patent inventions that came out of their own research. Actually that’s kind of a gag. I mean nothing comes out of the university’s own research. It comes out of public funding. That’s how the university can function. That’s how their research projects work. The whole thing is set up to socialize cost and risk to the general public, and then within that context, yeah in your biology lab you can invent something. But I don’t think universities should patent it. They should be working for the public good. (Applause) And that means it should be available to the public.

Email ThisBlogThis!Share to TwitterShare to FacebookShare to Pinterest
Labels: Pedagogy for Solidarity 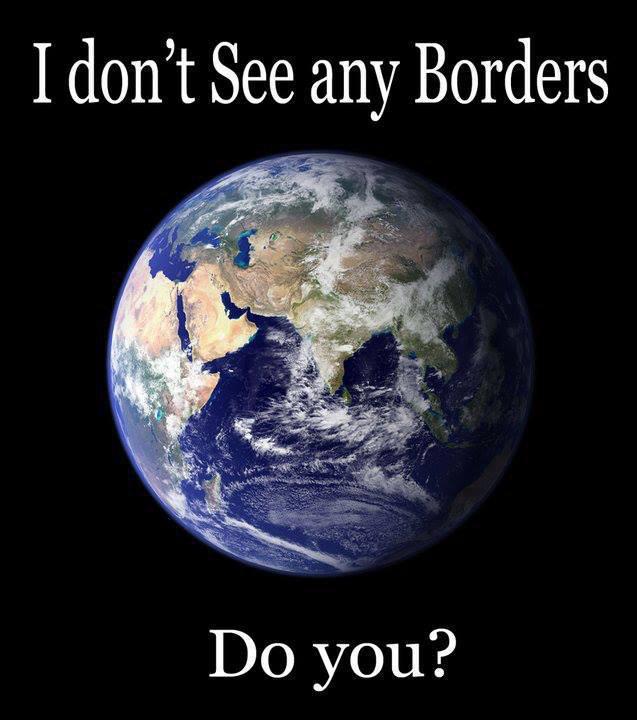